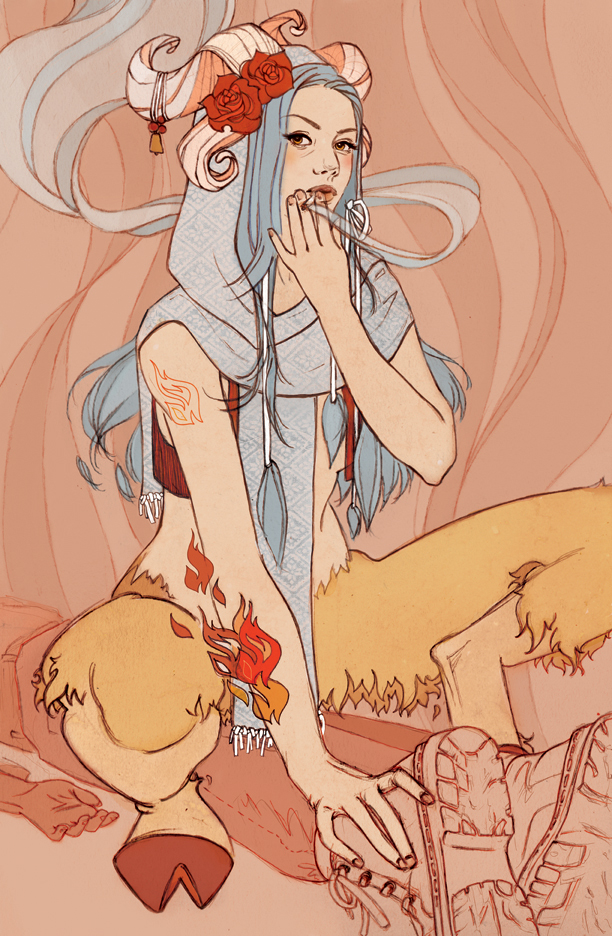 I entered this illustration into a contest to win a signed copy of G. Willow Wilson's gorgeous debut novel, Alif the Unseen... and won! It was called the "Create-A-Genie Contest" and the rules were to pick a favorite out of five types of jinn, and interpret how it might look.

The word Jinn means "hidden," and refers to a sort of unseen creature in Islamic theology. They are mentioned in the Qur'an as being one of Gods three intelligent creations; Angels made from pure light, Humans made from mud or clay, and Jinni made from a smokeless fire. For whatever reason I've always been freaked out by the idea of angels... but find Jinni to be much more down my alley! What's cool about them is that, like humans, they were given free will and can be anything from benevolent to down right evil. I wish they existed in western mythology to a larger extent, because they kick ass compared to angels. (angels. pssht. "goodness and light." bah!) It was fun researching the different types of jinn. My choices were between: The large and powerful MADRID (think Aladdin), some cunning schemers called the EFFRIT, the undead grave robbing GHOULS, the shapeshifting female SILA, and a sort of psychic-vampire genie called the VETALA.  Here is a link to the more detailed descriptions provided by the contest: The Five Types of Jinn.

There were aspects of each djinn I found intriguing so this is an amalgamation... particularly of the fiery Effrit, and the "ostensibly demonic" Vetala. Call me crazy, but there is something appealing about a creature that can possess human corpses and still be considered "ostensibly demonic." In the end I submitted her as an Effrit... mostly because I had to get specific. :) 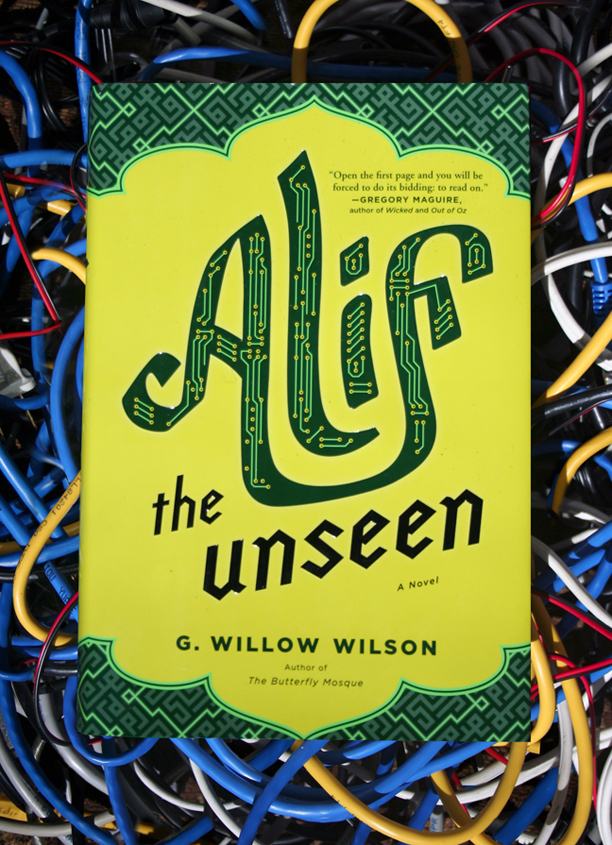 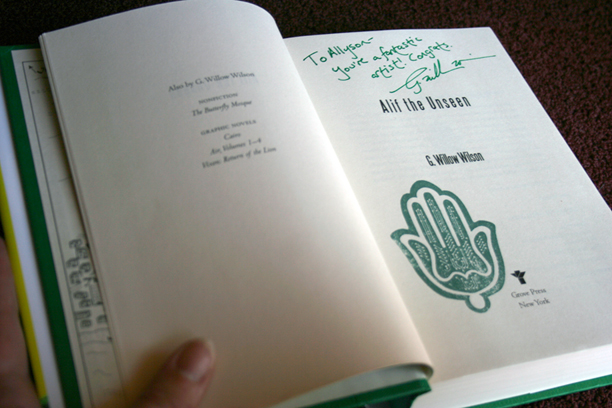 A bit about the book: Alif the Unseen is hard to categorize... it's full of myth, technology, humor, and even romance. My attempt at a one-liner explanation might be: "It's a myth-filled cyber-thriller that follows a young hacker who is assisted and hindered throughout the novel by jinn... with WiFi access!" I really loved the book, and thought G. Willow Wilson combined the supernatural and the technological in an unique and incredibly entertaining way, while also providing some lovably bizarre and memorable characters to travel with. Pick it up folks! I read it in two days flat because I actually only ever put it down to eat, and even then only after considerable prompting.

Besides the signed book, I also won a gift certificate to a local bookstore of my choosing and a beautiful panel from Wilson’s graphic novel Cairo. I'm a lucky lady! Thank you G. Willow Wilson for the inspiration and the folks at Grove/Atlantic for sending me these tasty tasty prizes.

*Edit: I would post a picture of the panel... but I never received it! :(
Posted by Unknown at 10:03 PM 3 comments
Email ThisBlogThis!Share to TwitterShare to FacebookShare to Pinterest